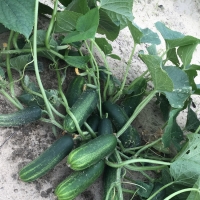 PicklePack Posts: 19
March 23 in Wolfpack Sports
I thought it might be good to have something else to discuss besides the virus and fill some of the basketball void in our lives by having an offseason thread to discuss the roster for next season.  Who stays, who leaves and what the team will look like next year.  I haven't really seen any rumors so far about any early departures or transfers or about any of the incoming recruits who may or may not make it to campus so if anyone hears anything let the rest of us in on the scoop!

As it stands right now it looks to me like we could have a pretty damn good roster next year.  We have Daniels, Bates, Funderburk, Beverly and Hellums returning.  We will also add three guys who were on the bench but unable to play this year in Seabron, Allen and Taylor.  The incoming freshman class consists of Hayes, Moore, Hall, Farrar and Dowuona.  That's 13 scholarship players and IF the freshmen can produce we would have our deepest team yet under Keatts.

I think we look pretty good at guard, especially if Hayes can be solid enough in his first year.  We'll be looking at Beverly, Seabron, Hayes, Moore and Allen at the two guard spots with the Daniels being able to handle the ball a little as well.
We also look solid on the wings as well with Daniels, Hellums, Hall and Farrar.  To me the biggest question mark will be the return of Funderburk.  If he returns we will be in good shape with our bigs with Fundy and Bates plus Dowuona and maybe Hall missing it up some down there as well.

All in all this could be a team with some real quality depth, which we haven't seen in some time here and a pretty good mix of talent as well.  I'm hopeful that with more bodies that can actually play and not just take up space and fouls that we could really unleash some havoc next year.  The depth could allow Keatts to apply consistent defensive pressure and help out with foul trouble which will hopefully lead to more or the easy buckets we saw some in Year 1.  I still would like to see improvement in the half court game both offensively and defensively which to me would also show growth as a coach for KK.  Could be a really explosive team and a fun one to watch grow throughout the season with all the young talent.  It will be interesting to see what they look like on the floor because to me it is sort of a strange combination of older guys and younger guys without many players in between.  Anyway, lets hear your thoughts.  How do you like this lineup? Think they will all actually be here? And let the rest of us know any inside scoops or updates you hear on departures or additions.