Vawolf82 Posts: 379PFN Referee
August 2019 in Wolfpack Sports
Ok, so who's got it ...cable, dish, or streaming?
Much to surprise, my local cable company added the channel this week before there was anything being broadcast.    Shentel has my area and covers neither Blacksburg nor Charlottesville, so my hopes were very low.   Here is Shentel's coverage area: 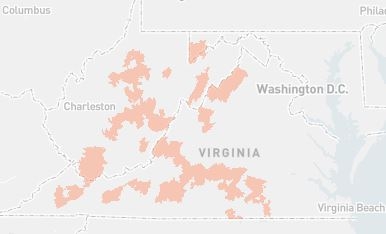